Craft Beer: The 3 Biggest Threats to the Industry

The old adage states that "nothing goes up forever," but the craft beer industry would prefer to have you think otherwise.

Since the late 1970s, microbreweries have been popping up like weeds across the country, with some eventually blooming into national brewers. In fact, the number of breweries in the U.S. has exploded from just 89 in the late 1970s to 2,538 as of 2013, according to the Brewers Association. At the current double-digit growth rate, we may have more than 6,500 breweries in this country by 2025.

With this rapid rise in craft beer interest, it has to be asked whether this growth is sustainable, or if we're entering a "craft beer bubble."

Legal Marijuana Could Give a Buzz to Beer, Analyst Says

Beer has no need to fear weed.

The legalization of medical marijuana has helped beer sales, contrary to previous research that pointed to a decline, according to a note from Sanford C. Bernstein analyst Trevor Stirling. Recreational pot use in Colorado and Washington, the two states where it's legal, has so far not had a "significant impact" on beer, he said.

Big changes are brewing in the beer business. Pour yourself a cold one, we'll fill you in on the details.

While the California wine market continues to prosper in an era of drought and consolidation, a new survey shows top Golden State vintners remain concerned about the future of the $23.1 billion industry, especially among the discerning millennial market.

(WASHINGTON, D.C.) – A diverse coalition of organizations representing all three tiers of the U.S. beverage alcohol industry is urging Congress to fully fund the Obama Administration's $101 million request for the Alcohol and Tobacco Tax and Trade Bureau (TTB).

As part of a panel on "Counterfeit Alcohol: A Global vs. United States Perspective," Tobiassen described the study's analysis of "the numerous incidents of fake alcohol products in countries around the... read more 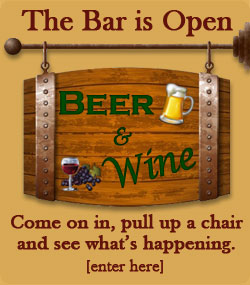